Democratic state Sens. Daylin Leach and Sharif Street have introduced legislation to legalize recreational in PA for users over the age of 21. 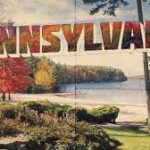 Amongst other things the Bill would allow

If approved by the Legislature, the marijuana industry would generate about $500 million in the first fiscal year of operations that can be used to fund school districts, they said in a statement.

Anyone previously convicted or awaiting trial on marijuana charges would have their convictions or charges erased, according to the bill.

“Pennsylvania’s cannabis policy is cruel, irrational and expensive,” Leach said in a statement. “Prohibition has destroyed countless lives and has cost taxpayers millions.”

Pennsylvanians would be allowed to grow up to 10 plants for personal use in their homes and companies will be allowed to deliver cannabis to residences.

The bill will likely have the support of Gov. Tom Wolf, who along with Lt. Gov. John Fetterman have indicated they support legalized marijuana.

“We now know the majority of Pennsylvanians are in favor of legalization, and that includes me,” Wolf, a Democrat, said last month. “I look forward to seeing what we can accomplish together, especially the criminal justice reforms I am proposing today, which will have an immediately positive influence on thousands of families across Pennsylvania.”

Republicans in the House and Senate have indicated they will fight against legalizing recreational marijuana. 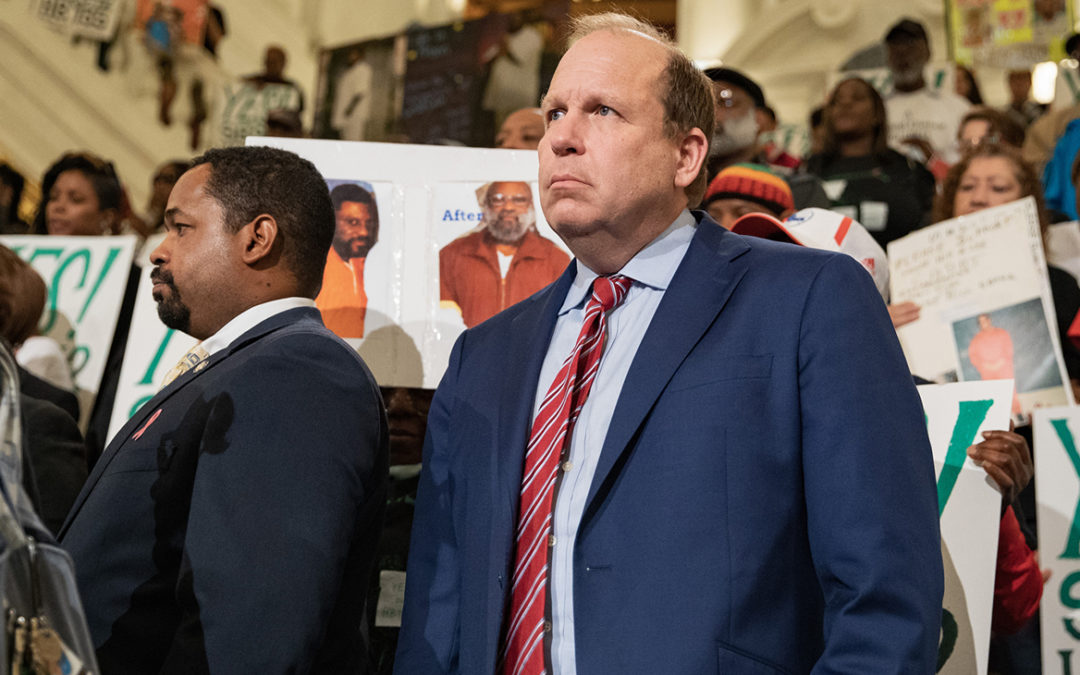 “We need to stop arresting our kids and funding violent drug cartels,” Leach continued. “This is going to be a tough battle, but so was passing medical marijuana. We did that, and we’ll do this too. The stakes are too high for us to fail.”

Leach and Street’s legislation will end the ongoing destruction caused by cannabis prohibition and will establish a fair protocol for the use, sale and regulation of cannabis. The bill will provide economic opportunities and cannabis business education for people of all income levels. It also offers grants and loans to people who have been harmed by prohibition that they can use to start their own cannabis businesses.

“An end to the prohibition of cannabis is overdue,” Street said. “It is time for us to join the emerging cannabis economy with the legalization of the Adult Use of Cannabis in PA., which should not be a crime when responsibly used by adults nor mandate medical oversight. The economic imperatives are too great. We also have a moral mandate to correct the damage that disparate enforcement of our Marijuana Laws has done and is still doing to communities across the commonwealth.”

Leach today introduced the bill’s language asSenate Bill 350. Next, the president pro tempore of the Senate will assign the bill to a Senate committee for consideration.

Leach started drafting SB 350 in late 2018. While he has introduced cannabis legalization bills in the past, after hearing from hundreds of Pennsylvanians on the issue, he decided to craft more comprehensive language. Leach has spent the last year meeting with and receiving feedback from stakeholders, constituents, local government officials and his colleagues in the General Assembly. The new bill no longer uses the state’s liquor stores as Pennsylvania’s method to dispense cannabis. SB 350 will establish a model that emphasizes healing the damage caused by prohibition and ensuring that Pennsylvanians of all income levels can participate in this new industry.

“Over the last two years, Senator Street and I have met with hundreds of Pennsylvanians, and hundreds of advocates, experts and stakeholders who have spent countless hours fighting and studying prohibition,” Leach said. “We’ve used all of that input, and all that we’ve learned from experts in all the other states already doing this, to create legislation that we’re confident will create an efficient new industry that is good for all Pennsylvanians.”

Key points on the bill:

Additional details about the bill can be foundhere.

“Cannabis prohibition was built on lies and racism and has resulted in literally hundreds of thousands of Pennsylvanians suffering criminal convictions merely because they chose a plant instead of an alcoholic beverage,” Pittsburgh NORML Executive Director Patrick Nightingale said. “Adult-use reform will save almost 20,000 Pennsylvanians from arrest and prosecution annually. Reform will also help affected Pennsylvanians expunge cannabis-related offenses from their record.”

“We’re fighting to create an adult-use cannabis program where individuals harmed by prohibition and small Pennsylvanian farms and businesses will have the opportunity to not only participate in the industry, but to profit from it,” Leach said.

“We are confident that an open and honest conversation about the risks and rewards of adult-use reform will help those critical of legalization to understand that it can be done responsibly and in a manner that protects our youth and our motorists,” Nightingale said.

Leach has also launched a Citizen Co-Sponsorship Campaign, where residents of Pennsylvania can sign on to support SB 350. Anyone who wants to review the bill’s language or sign on as a citizen co-sponsor may do so by visitingwww.senatorleach.com/ccc.

The federal “Marijuana Tax Act”, passed 82 years ago, prohibits the use of cannabis for recreational purposes nationwide. However, 11 states and Washington, D.C. have legalized adult-use cannabis in some form, and the United States Department of Justice has largely allowed those states to operate their protocols without federal interference. Here in Pennsylvania, prohibition has resulted in about 25,000 Pennsylvanians, disproportionately people of color, being put into the criminal justice system per year. It costs the state more than a half-billion dollars per year to arrest, prosecute, incarcerate and monitor people arrested for cannabis-related offenses. This does not even include the cost of lost labor and missed educational opportunities.

Prohibition is a major contributor to the discriminatory nature of our criminal justice system as members of minority communities are arrested for cannabis-related offenses at four times the rate of Caucasians, despite use rates being identical.

Street introduced Senate Bill 1265 in 2017, a bill for the decriminalization of cannabis in Pennsylvania. He also introduced Senate Resolution 421, a resolution urging the United States Congress to pass a 2018 Farm Bill that includes the Hemp Farming Act of 2018 and calling on the Pennsylvania Department of Agriculture to conduct a study of industrial hemp research pilot programs and prepare recommended draft statutory and regulatory language.