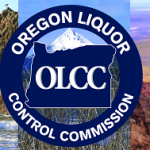 The Commissioners of the Oregon Liquor Control Commission (OLCC) approved six marijuana violation stipulated settlement agreements.  The Commission also held a work session to review actions it could take to strengthen fines and penalties for recreational marijuana licensees and individuals who have a Marijuana Worker Permit.

During its review of the stipulated settlements Commissioners aired concerns that the settlements might appear to be too lenient on licensees that continuously fail to follow the rules.  The Commission wants to make sure that licensees charged with multiple violations take the charges seriously.

“If it’s a bad actor they need to get the message, pay the penalty for the violation and then don’t do it again” said Paul Rosenbaum, OLCC Chair.  “We don’t want to put anybody out of business, we want to help you be successful, but if you’re a bad actor, we’re going to kick you out of the system.”

Chair Rosenbaum indicated he would continue to publicly scrutinize the stipulated settlements during Commission meetings to keep the industry on alert that the Commission might seek stiffer penalties going forward.

One of the settlement agreements is linked to the Commission’s decision to temporarily reduce daily purchase limits for Oregon Medical Marijuana Program (OMMP) cardholders in August, 2018.  The OLCC had detected a pattern of unusual purchase activity connected to potential misuse of OMMP cards.  Gras Cannabis in Portland was one of the retailers implicated in the prohibited activity, was subsequently found to be in violation of OLCC rules.

“The administrative hearings process is methodical and certain,” said Steve Marks, OLCC Executive Director.  “Even though this case started last summer (2018), the end result is we’ve removed a bad actor from Oregon’s regulated marijuana system.  We don’t have tolerance for this kind of behavior and licensees should know the clock eventually runs out on those who have no place in our system.”

Cave Junction Farms* will pay a fine of $3,795 or serve a 23-day recreational marijuana producer license suspension for one violation.

The Herb Center in Bend will pay a fine of $7,920 or serve a 48-day recreational marijuana retailer license suspension for three violations.

Artisan Agriculture* recreational marijuana producer license has expired and the OLCC will not renew it; each licensee will receive a letter of reprimand.  OLCC staff had proposed license cancellation and seizure and destruction of any remaining product on the licensed premises for six violations.

Gras Cannabis in Portland will surrender its recreational marijuana retailer license for three violations, and each licensee will receive a letter of reprimand.

Deanz Greenz in Portland will pay a fine of $3,795 or serve a 23-day recreational marijuana retailer license suspension for one violation.