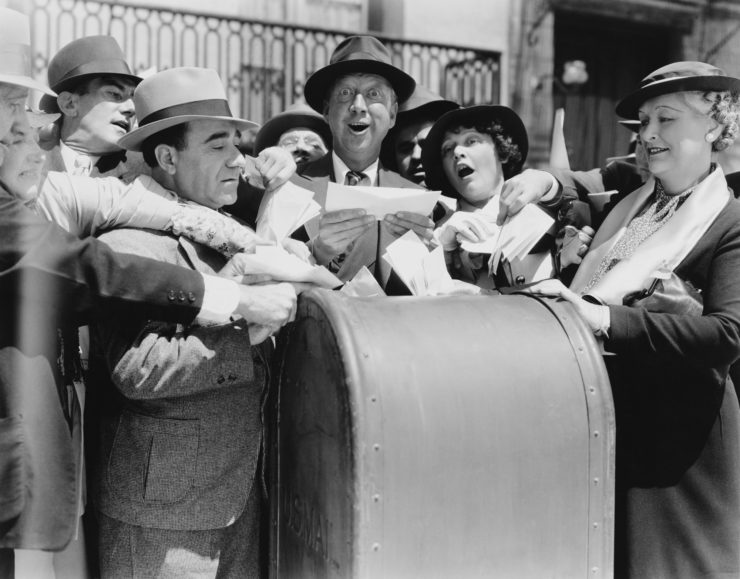 Great news! In a pretty historic moment, the House of Representatives officially voted to pass the SAFE Banking Act (H.R. 1595). We’ve extensively covered the Act’s progress in past posts (the latest can be found here and here), but just as a reminder, the Act would finally allow the cannabis industry to access banking and financial services. It’s gained a lot of support over time, and it passed in the House yesterday by a vote of 321 to 103.  All but one Democrat (Rep. Terri Sewell (D-AL)) was in favor, and almost half of the Republic caucus was as well.

Though the fight is far from over, yesterday’s vote is a major win and milestone sign of progress for so many: cannabis retailers, banks, credit unions, and more. While it doesn’t do anything in terms of the larger fight for decriminalization, it does shield banks and insurers from penalties if they choose to serve state-legal cannabis industries. Under the Act, a federal financial regulator won’t be able to terminate or limit the depository or share insurance of a depository institution. It won’t be able to prohibit or penalize financial institutions from providing services to cannabis businesses. And, the Act provides protections for ancillary businesses in transactions with cannabis-related businesses.

As co-sponsor of the bill, Rep. Ed Perlmutter (D-CO) said on the House floor right before the vote: “It’s an invitation to theft, it’s an invitation to money laundering already, it’s an invitation to tax evasion, and it stifles the opportunities of this business.” Sen. Marco Rubio (R-FL) agreed: “I think you can be against marijuana and still understand that if it’s going to be a legalized product, we need to be able to control it through our banking system.” While the focus has been on the bill being a banking bill, Rep. Perlmutter also expressed his hope that passage of the SAFE Banking Act would eventually lead to Congress’ acknowledgment of the reality that 33 states (and counting) have now legalized marijuana in some form. “If someone wants to oppose legalization of marijuana, that’s their prerogative. But American voters have spoken and continue to speak, and the fact is you can’t put the genie back in the bottle,” Rep. Perlmutter. “Prohibition is over.”

Most Republicans opposed the bill for the same reason that Rep. Perlmutter hopes will come to fruition. Rep. Patrick McHenry (R-NC) argued that Congress should be facing the “underlying issue” of whether or not cannabis should be a Schedule I drug. “We do not fully understand the sweeping implications of this legislation. We do not yet know what the resulting regulatory regime will look like, nor do we have any assurance it will not expose the current financial system to illicit activity.” “This bill doesn’t change the fact that cannabis remains a prohibited Schedule I substance under the Controlled Substances Act. To that end, if we seek to give financial institutions certainty, we should deal with the listing of cannabis as a Schedule I substance, not debating a partial solution for financial institutions to what is a much larger problem and a larger societal issue that we must wrestle with.”

In any event, it’s important to note that the final version of the Act definitely included some additions specifically so that the legislation would be more appealing to certain Republican senators. To entice Senator Majority Leader, Mitch McConnell, a well-known advocate of hemp legalization, certain protections for hemp were added (because of hemp’s association with cannabis, hemp industry players have also had difficulties accessing banking services despite the fact that industrial hemp farming was nationally legalized in 2018). Similarly, the legislation includes another provision that would restrict bank regulators from pressing lenders to cut ties with customers based on their “reputational risk.” This was aimed to appease Republicans who are against an Obama-era program that discouraged banks from serving payday lenders and gun retailers, known as Operation Choke Point. It’s believed that this second provision specifically had Sen. Crapo in mind.

Of course, the companion bill in the Senate, introduced by Sen. Jeff Merkley (D-OR) and Sen. Cory Gardner (R-CO) back in April, has yet to be voted on by the Senate Banking Committee. There have been some positive signs for the legislation, most notably coming from Senate Banking Committee Chairman Mike Crapo (R-ID) and a lack of apparent opposition from President Donald Trump. The Senate is currently in recess but returns this Tuesday, October 8.

Posted in Accounting, News, The Biz
Scroll To Top