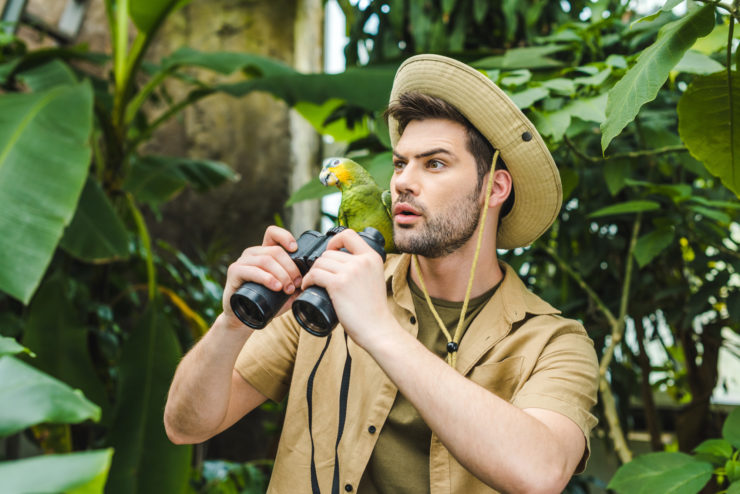 The 2019 Oregon legislative session resulted in the adoption of several new laws concerning cannabis. You can read our definitive list here, our preview of the session here and a mid-session update here. One notable change was the passage of Senate Bill 218, which authorizes the Oregon Liquor Control Commission (OLCC) to refuse to issue initial marijuana production licenses at its sole discretion, based on supply and demand in the state. Implementing this law and the need for other changes resulted in the OLCC conducting a state-wide listening tour and forming committees to consider changes to Division 25 – the administrative rules governing recreational marijuana in the State of Oregon.

I was fortunate enough to be invited to participate in the OLCC’s Rules Advisory Committee (RAC) that focused on administrative rules related to Licensing and Security issues.  The RAC met on September 17, 2019 and this post discusses a few of the changes to the regulation of marijuana that may be coming down the pike. If you’d like to listen to the nearly 3-hour RAC, you can find the audio recording here.

The RAC included participants from the OLCC, law enforcement, public health, and the recreational marijuana community

The RAC participants included a who’s who from the OLCC along with representatives from nearly every part of the Oregon marijuana industry. Attending from the government side were Jason Hanson, OLCC Director of Statewide Licensing; Steven Crowley, OLCC Hemp and Processing Technician; Kelly Rout, Director of Administrative Policy and Process; Emily Febles, Rules Coordinator a representative from the Department of Justice and several others. The Executive Director of the OLCC, Steve Marks, also was present.  From the industry were growers, processors, wholesalers, retailers, non-profits, as well as members of law enforcement and persons in public health.

One change important to applications for producers’ licenses concerns landlord consent.  OAR 845-025-1030(6)(g) requires applicants for a production license to submit information about canopy size, water usage, and so forth.

The OLCC has proposed adding a new section (6)(g)(E) that would require an applicant who is not the owner of a premises proposing to be licensed to submit a signed consent from the owner of the premises showing that the production of marijuana is permitted on the premises.

The RAC was not generally opposed to this provision, though there were concerns about when and what form the consent should take. The most obvious solution is to include such a consent provision in your lease. We have long been of the view that an ordinary commercial lease should not be used for any marijuana business. We recommend you review your lease now as this provision is likely to be retroactive – meaning producers will have to submit such information at their next renewal.

The OLCC adopted temporary rule OAR-845-025-1131 to effectuate SB 218.  The OLCC now proposes to extend portions of this rule to all other application types. The goal of doing so to allow the OLCC to process its backlog of applications (of all types) so that may begin to allocate additional resources toward the need for processing changes in location and ownership.

The present rules have inadvertently created a secondary market for the buying and selling of applications. This occurred because of a quirk in the rules that did not expressly disallow changes in ownership of an application (except for producers) after submission of an application for licensure.

This proposed change would affect all applications in the queue and not just new applications. So consider this fair warning that the secondary market for applications is on its way out.

The OLCC has proposed substantial changes to the rules governing how and when a licensee may change its location. In the past, the licensee who wished to change to location of the licensed premises submitted an application for the new premises along with required forms and paid a fee. The request for a change went into a queue that the OLCC staff members addressed as time permitted.

The number and kind of change of location requests has inordinately consumed the OLCC’s limited resources. So it should come as no surprise that the OLCC seeks substantial revisions to those rules—which I’ve quoted here with proposed changes in italics:

(a) A licensee who wishes to change the location of the licensed premises must submit a completed application for the new premises including all required forms and documents and the fee specified in OAR 845-025-1060, but does not need to submit information and fingerprints required for a criminal background check if there are no changes to the individuals listed on the initial application.

(b) If a licensee loses access to the licensed premises, the Commission may allow the licensee to change location if:

(i) The licensee submits written notice, in a form and manner prescribed by the Commission, at least 15 days in advance of losing access;

(ii) The licensee removes all marijuana items from the licensed premises in accordance with Commission rules prior to losing access;

(iii) The licensee is not under investigation for suspected violations and does not have pending administrative violations; and

(iv) The licensee supplies documentation showing legal access to and a Land Use Compatibility Statement for a new location within 30 days of losing access to the licensed premises.

(c) Failure to comply with this subsection may result in suspension or revocation of the license, as described in OAR 845-025-8520(3)(c).

(d)(b) The Commission must approve any change of location prior to licensee beginning business operations in the new location.

The RAC generally was not opposed to the OLCC’s proposal. However, some members expressed concerns about situations where a licensee does not have 15 days’ advanced notice, the storage of marijuana items during changes of location, and the requirement of a LUCS within 30 days. These are real concerns and the OLCC took careful notes. I expect some version of this rule to be enacted and note that the OLCC reserved discretion for special circumstances by providing that failure to comply “may” result in a suspension. I hope the OLCC exercises that discretion when called for as I expect the rule as drafted to have some kinks early on.

The proposed amendments include two important changes to the OLCC’s enforcement of the rules. The first is to the calculation of a civil penalties – from $165 per day of suspension that could be imposed to $330 per day. The second is to provide that the OLCC may, in its discretion, determine that a penalty be mitigated if a licensee self-reports a violation.

The RAC welcomed these two changes with the latter receiving most of the discussion. A persistent concern of licensees is receiving some punishment for conduct out of they view (often correctly) as out of their control. This may occur, for example, when a dispensary or grower hires an employee who violates the rules and regulations or when a theft occurs. In either case, the OLCC may hold the licensee responsible even if the licensee promptly fires the employee, reports the violation, implements a corrective action plan, and seeks guidance from the OLCC. The OLCC may even seek license cancellation – effectively putting the licensee out of business. Several industry participants expressed the fear this has created in the industry about reporting to the OLCC and explained that the OLCC’s approach has disincentivized licensees from reporting violations. Indeed, a few RAC participants called for the proposed rule to go further and provide that self-reporting “will” (not just “may”) be considered a mitigating circumstance. A few also expressed displeasure about the OLCC’s handling of self-reported violations in that oftentimes a licensee reports a violation and seeks guidance from the OLCC only to receive a Notice of Proposed License Cancellation.

The OLCC is listening

Oregonians ought to be proud of the work done by the OLCC. Those of us in the cannabis industry all too often focus on perceived deficiencies or inequities in the rules or in how the OLCC enforces the rules. There is room for improvement to be sure. But pellucid at the RAC was that the people at the OLCC care about providing Oregonians with a fair and efficient system of regulation and on establishing administrative rules that can serve as a model to other states. This was evident by the work OLCC staff had performed before the meeting in drafting the proposed regulations and in the seriousness with which OLCC staff listened to participants whether from law enforcement, public health, or in the private sector—growers, processors, retailers… and even the attorney.

Posted in Legal, News, The Biz
Scroll To Top